Mom Explains Vaccine Injury and Why Not To Vaccinate: Parent of Recovered Autistic Child

Holly Riley and her husband followed the recommended vaccination schedule until it became apparent that their son’s health was deteriorating and even wound up with a diagnosis of Autism. In this video Mrs. Riley talks about:

Mrs. Riley would not vaccinate if she were to have another child.

I did two other interviews with Holly. In one, she shares her son’s story and the long journey to full recovery from Autism.  In the other interview she gives advice on how to get a child to start eating a gluten free casein free diet, which is essential to their healing success. 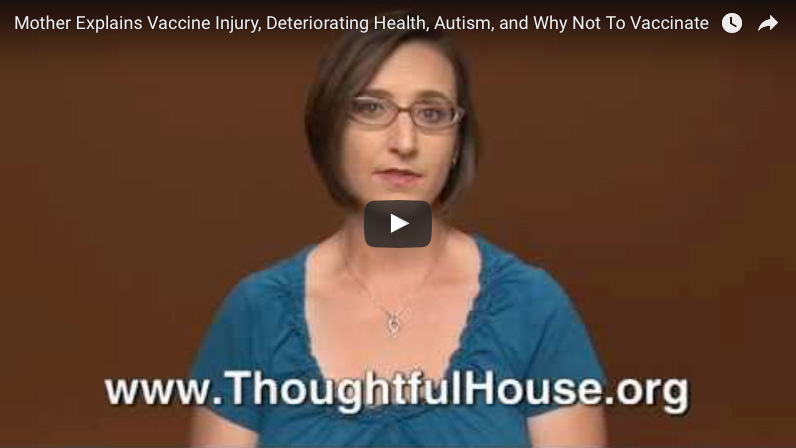